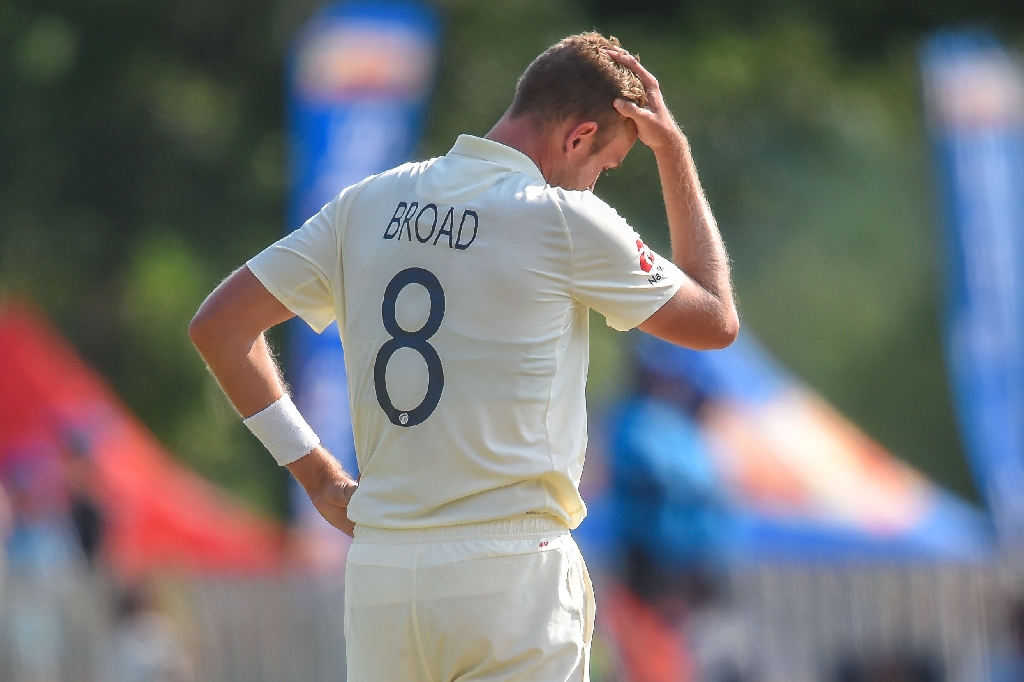 “England’s Stuart Broad was reprimanded by the ICC for breaching its code of conduct. ©AFP” />

Johannesburg (AFP) – England fast bowler Stuart Broad has been fined 15 percent of his match fee for “use of an audible obscenity” during the fourth Test against South Africa.

Broad was cited by the match officials after Monday’s incident in Johannesburg, when he approached South Africa captain Faf du Plessis and used “inappropriate language”.

He was found to have breached article 2.3 of the International Cricket Council’s code of conduct, which relates to “use of an audible obscenity during an international match”.

One demerit point has been added to Broad’s disciplinary record.It was the second offence in a 24-month period for the bowler.

When a player reaches four or more demerit points within a 24-month period, they are converted into suspension points and a player is banned.

Kagiso Rabada, Jos Buttler, Vernon Philander and Ben Stokes were all hit with punishments for various offences during the series, which England won 3-1.FacebookTwitterEmailShare